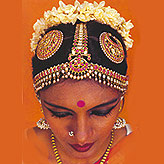 KEYWORDS YOUR VIEWS
Bharatanatyam is one of the 8 kinds of classical dances in India. All classical dance forms share a common root in Natyashastra. Natyashastra, a treatise on dance, was written by Bharata Muni sometime between the 2nd century BC and 2nd century AD. The theory and technique of not only classical dances but also classical drama, stage design, music, costume, and make-up are based on Natyashastra. The origin of the name Bharatanatyam came from 4 Sanskrit words. Divided in 4 sections, Bha-ra-ta-natyam, each syllable represents a different word and meaning. Bha comes from Bhava, which means expression. Ra comes from Raga, which means melody. Ta comes from Tala, which means rhythm. Natyam mean dance. If you broke Bharatanatyam into four Sanskrit words it would read Bhava, Raga, Tala and Natyam. These aspects: expression; melody; and rhythm; are very important in Bharatanatyam. The origin of Bharatanatyam is from religious ritual. Bharatanatyam was a solo female performance. It was traditionally performed in Hindu temples to worship Gods and Goddesses by the temple dancer called devadasi. The devadasis were not only knowledgeable in dance and music but also in religious ceremonies. Today, the stage of Bharatanatyam has moved from the temple to the theater. Bharatanatyam is one of the most popular and widely performed dance styles and is practiced by male and female performers in major cities of India and abroad.

The Changing Face of Traditional Puppetry