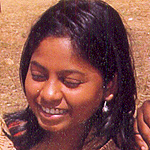 Sethi, Pankaja
KEYWORDS YOUR VIEWS
The search of Adivasi textile craft turned into a reality yatra to Bastar and Kotpad. As usual the start of every journey begins with train yatra connecting cities to towns and towns to rural villages. It was peak of summer 2000; I was still studying at NIFT. Along with other classmates, Ireached Raipur station from Delhi and then to Bastar in a state transport bus cutting around the steep edges of the hills. I remember, the initial two daysof experience at a dingy local lodge turned into excitement when we found an accommodation in a forest guest house and a jeep with the help of local IAS officers. Little did we know that our excitement and fantasy of Adivasi land will turn into nightmare,until we faced the first encounter at the guest house?  As we peeked inside the guest house we saw the care takers sleeping upside down on the couch in the lounge area, eyes half closed and the stench of local liquor all over the room.  Everything appeared very absurd and not so good feeling about the space and place. But we had no choice. So, this was the opening of our journey and start of more such excitement to come. There was a small ground for haat in front of the guest house which was often crowded early in the morning. Sometimes, I used to go with my sketch book and draw women selling vegetables. Some of them would pose for me and rest of them would pierce their eyes inside my sketchbook. I loved it and admired different expression of different people. Sketching was fun. It was one of the ways I captured people in my memories, my thoughts and imaginations. I sketched people...

Ashtadhatu Sculptures of Ayodhya, UP 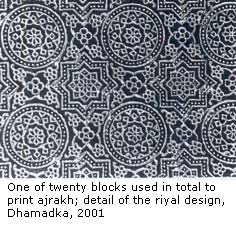 The Work of the Khatris of Dhamadka