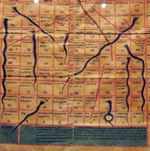 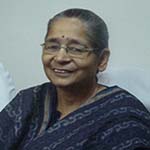 Pathak, Anamika
END NOTES KEYWORDS YOUR VIEWS
Gyan Chaupar, “the chaupar/game of knowledge/jnana or gyan” is the early version of today's Snakes and Ladders board game. Like the ancient game of Chaupar, the Gyan Chaupar also has a checker board; however, the Chaupar’s cross board was replaced by the rectangular board in the Gyan Chaupar. Both types of games can be played with the dice, cowries were used as dice or the Chaupar games men and the four sided dice stick. The game can be played by one, two, three, four or even more persons. The main difference between both the games is that instead of Chaupar’s plain squares, Gyan Chaupar’s squares symbolize a spiritual philosophy along with numerals. As the prefix word “gyan” signifies the “knowledge” of moral and spiritual teaching these were inscribed in each block or square of the board. These teachings are related to the theory of karma. Its different stages, good and bad teaching of spirituality and philosophical life of human beings. Painted and inscribed on cloth or paper, the usual Gyan Chaupar boards are divided into small squares, which illustrate the inscription with numerals along with snakes and ladders. Sometimes other things, like lokapurusha, the Cosmic Man, human and bird figures were added to the board game. The number of small squares in the Gyan Chaupar board often varies according to version of the game: the minimum squares remain seventy-two and maximum three hundred eighty squares that are known so far. This game was very popular among the people of diverse religious belief in the eighteenth and nineteenth centuries. Differen...